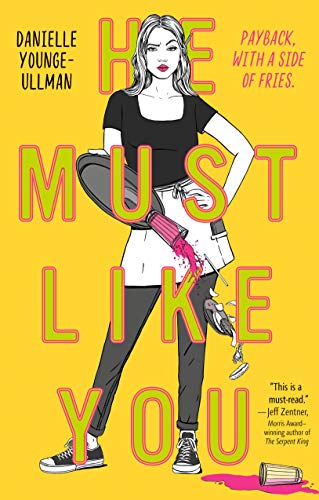 ‘He Must Like You’ by Danielle Younge-Ullman is an intensely provocative look at the various ways in which consent, upset, lack of choice, and the fallout of decisions can affect one’s life. Libby’s interactions with everyone from her parents to her friends to her boss and even her boss’ boss are weighing on her life, making it extremely difficult for her to cope with the feelings of aggravation that she is experiencing. Despite all of this, she aims to turn that aggravation into determination to do what is right. However, the cost of doing so has her worried about how her life will turn out since what is right isn’t so easy.

While her father tries to prepare her for leaving the house so he can turn her room into an Airbnb space, she also finds herself having to deal with his tantrums that only get exacerbated by the troubles she’s going through. Add to this a night with a co-worker that she isn’t sure if she consented to, along with Perry Ackerman, the guy who basically runs the town, hitting on her every chance he gets (to put matters lightly), and Libby finds herself in the depths of despair over what to do. When she takes matters into her own hands, she teeters between regret for what she’s done and how it impacts her life and the feeling of awesomeness that accompanies the revenge she has been aiming to achieve for so long.

The novel does a fantastic job keeping readers on their toes, thinking about what exactly consent means. It also delves quite adeptly into the thought process of a young girl who wants to be taken seriously but doesn’t want to have that happen at the cost of her pride. The way in which she counters Perry’s proposals and deals with the despair she finds herself feeling after a number of inopportune encounters is a testament to Danielle Younge-Ullman’s writing in this book. The beauty of her words and the way the story is presented as one in which Libby is dealing with her past as a way to make it through her present as a means to her future is engaging, purposeful, and realistic. It captures a variety of emotions, from lust to shame, regret, understanding, love, and more. This novel should definitely be added to any to-read list!

You can find ‘He Must Like You’ by Danielle Younge-Ullman here.